Voilà!, the Canadian employee-centric app that simplifies scheduling and workforce optimization, has announced an investment of nearly $3 million, which will allow the hiring of approximately 100 employees in Quebec City and Montreal.

The addition of major business intelligence components and an acceleration of its growth in North American markets. This financing includes investments from Investissement Québec, Panache Ventures and Telegraph Hill Capital (as well as private investors).

Since the app’s inception in December 2018, more than 1,000 Canadian companies are already using Voilà! to manage staff schedules more effectively, improve communication with employees and maximize engagement with them.

In a labour shortage context, workforce optimization is becoming essential for employers in all sectors.

“The labour market is going through major changes. As they now understand their value, employees are less attached to their jobs than before, while others prefer to work on contract or have multiple jobs. Voilà! helps managers simplify scheduling and optimize the workforce by putting the employee at the centre of the process. We believe that if workers build their own schedules, they will be more likely to honour them and keep changes to a minimum. And the numbers are proving us right,” –Martin Ouellet, founder of Voilà! and Taleo, a talent management platform that was acquired by Oracle in 2012 for $1.9 billion.

Data collected by the platform shows that Voilà! helps reduce absenteeism by 65 %, turnover by 10% and reduces schedule management by 80%.

Laying the Groundwork for Becoming the Industry Leader.

With the funding in place, Voilà! will be able to deploy a strategy to target the Canadian and American markets with greater speed. This will allow Voilà! to stand out from traditional schedule management software already being used in target markets.

Best Practices on Managing Your Workforce During a COVID-19 Quarantine 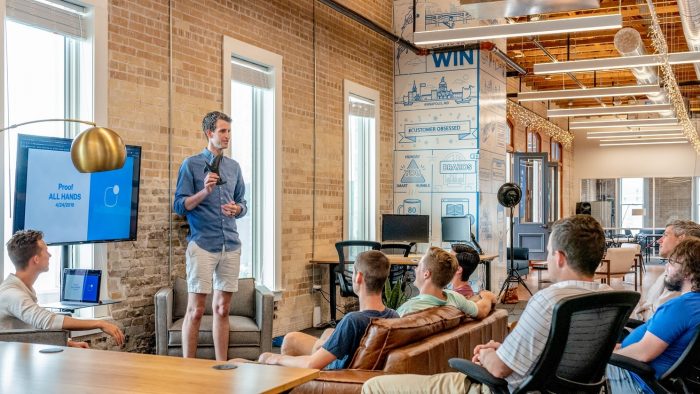 How to Onboard your Employees on Voilà in 3 Easy Steps

Since discovering Voilà!, I don't have to worry about my schedules anymore. It's really great and convenient.